Home/Māori, NZ History/Important tribal histories Horouta and Te Arawa available once more
Previous Next
Important tribal histories Horouta and Te Arawa available once more
Oratia Books is delighted to welcome back into print two major works of Māori history, which will be available to readers from this Wednesday 27 July.
Horouta: The History of the Horouta Canoe, Gisborne and East Coast and Te Arawa: A History of the Arawa People are works of great mana that retain relevance to descendants of these waka groupings, and are of interest to readers far and wide.
Horouta is the definitive history of the descendants of the voyaging canoes that brought the first settlers from Hawaiki to the lands that stretch from East Cape to northern Hawke’s Bay.
Assembled through painstaking historical and genealogical research over more than 70 years by Rongowhakaata Halbert and his family, the book includes detailed chapters based on oral and written history about the settlement of the East Coast, along with extensive genealogy charts and detailed maps relating to the region.
Published in partnership with the Rongowhakaata Halbert Trust, this reprint marks ten years since the launch of this edition.
Te Arawa is the major work by Don Stafford, one of the leading historians of pre-European New Zealand who was also the official historian of Rotorua.
The book tells the complete history of the Te Arawa waka and its descendants until the late nineteenth century. Its import is summed up in the preface to this 2016 edition by Te Arawa descendant and scholar Paora Tapsell:

Amongst all the tribal histories Te Arawa is unique. It goes to the very heart of identity of a people reaching back to ancient times deep in the Pacific. Those who control history control the world. In no small way Te Arawa stands proud today due to Don Stafford’s words. Te Arawa is his memorial to our people, our nation, whom he loved and who in turned loved him like a father.

This monumental work of scholarship is also an impressive physical artefact that includes photographic pages on glossy paper and extensive whakapapa.

Rongowhakaata Halbert (1894–1973) was an authority on East Coast genealogy and history, renowned for his command of te Reo Maori. Of Rongowhakaata, Te Aitanga-a-Māhaki and Te Whakatōhea descent, he was a member of many eminent boards, and adviser on Maori issues and language to bodies including the Maori Land Court, the Polynesian Society and the Department of Education. Horouta, his life’s work, was brought to publication after his death by his descendants, led in the last stages by the late Te Nonoikura Haronga and the late Peter Gordon. See https://teara.govt.nz/en/biographies/4h4/halbert-rongowhakaata-pere 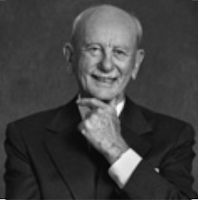 Don Stafford (1927–2010) was an historian and writer who dedicated his life and work to Rotorua and its environs. Through a long and distinguished career, he wrote over 20 books on Rotorua and its history. Fluent in te reo Māori, Don travelled on foot to every corner of Te Arawa’s rohe, and played a significant role in preservation of historical sites and objects. He was Rotorua’s official historian, and received honours including an MBE, CBE and honorary doctorate. See https://nzhistory.govt.nz/people/don-stafford